Shut up and Duck

(First of all, we don’t make it a habit to use the word SHUT UP in our house! So using it in the title was a bit strong for me ~ but hold on and read below and I think you will understand.)

When I last posted we were right smack in the middle of the discussion of Grace. I was sharing with you my thoughts about how awesome is the Grace that God gives to us, but He also calls us to extend that same grace to others. {ouch!} Even our family members, but today I want to focus on our spouses! {double ouch!}

I was in a Bible study on marriage once when I realized how many times I am guilty of “keeping score” with my family. You know, those times when we compare all of our “duties” to others.

Being a mom there is another aspect to my job that I might not do as well either. I tend to complain in my head of all the things that I do and not be thanked for it!

I am going to let you into my head for just a second… don’t get too comfy! 🙂

You know all these kind of comments that go through your head…I am sure that you probably have a few of your own that you could mention but won’t out loud. Or do we?

It’s during these times that I think God would rather us learn to show Grace. Doing our called responsibilities for His glory, without asking questions. It’s not about the score keeping. This task is easier said than done!

I first learned about this little concept of Grace as it relates to marriage when I did a Bible study about 12 years ago that radically changed my marriage. We were studying a book called “The Excellent Wife” by Martha Peace. {You can click on the name of the book to view it on Amazon.}

This one single book along with a great couple of teachers (Thanks Gail and Kim!), changed my perspective on how God wanted me to learn to show Grace to my husband even in the hard times. I have actually had to do the bible study about 4 times to get just some of it to soak in.

I had to learn to not keep score or even worse spend a whole day on the topic of frustration in my head and have an all out WAR in my thoughts. Unfortunately, when I saw Kevin in the evening, he wouldn’t have a clue as to all that transpired during that war (in my head of course!) throughout the day. I wasn’t even fighting fair. 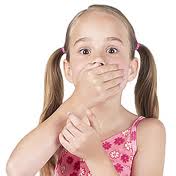 As Gail, my older and wiser teacher would say, “Sweetheart, (remember I am in the South) you have got to learn to follow the advice of “shut up and duck!”

What in the world did that mean? This lesson soon became very valuable.

This concept works something like this…when I totally didn’t understand everything that my husband was doing or even asking me to do, especially as long as it didn’t conflict with my well-being, I would first

Keep my thoughts to myself – especially when they have the potential to be damaging. Usually, I would need to have a calm down time in order to share my feelings with him.

Now don’t get me wrong… I DIDN”T try to bottle all those feelings up and stuff them deep down to a place the sun doesn’t shine. After I had cooled off or had time to allow God to speak to me, I would later share with my husband what my opinion was and how I viewed the situation or decision he was making. I would just have to allow myself some time before spouting off things in a reactive state rather than a reflective state. I suddenly found that my suggestions or opinions were heard better without the increased sarcasm in my tone.

This morning I came across a verse that really drove this message home.

Proverbs 18:13(NLT) “Spouting off before listening to the facts is both shameful and foolish.”

The next step of advice is just as important. “AND DUCK!”

I will admit that this part of the advice was a little harder to adjust to. Ducking is the act of getting out-of-the-way and allowing the Holy Spirit to teach my husband the answer rather than me! Mrs. Gail would also have the wonderful advice of “don’t fix the fix that God has put them in to fix them!” In other words, let God be in control of speaking to them….He is fully capable!

Don’t get me wrong, I think sometimes God’s timetable in working through this process is a little slow for me and I will have the tendency to take the responsibility on myself again to speed things along. These reactions can get you in to a heap of trouble every time.

Now of course, during this “time of ducking” my next action would be to Go to God in prayer asking him to give me patience and wisdom but also to ask the Lord to help me understand the situation from His perspective. Sometimes my prayer would be “Lord, Just fix Him!” But remember…that is already God’s job not mine!

This is a humbling place to be with a spouse. It will rock you to the core! But going to scripture to guide your reactions helps. By participating in this “shut up and duck” action, we have probably saved our marriage from so many all-out-destructive blow-ups. Having heated discussions in middle of the fire can be really dangerous and this is certainly a tactic in learning to show Grace with those that are closest to you.

So feel free to use my friend’s sage advice the next time you are tempted to react, instead… “Shut up and Duck!”

I am the wife of an awesome husband, and the mother of 3 daughters. I am a daughter and a sister. Sharing God's insights and downloads is something new for me but being an ordinary woman that God wants to do Extraordinary things through is what this blog is all about. I pray the God of the Universe will do EXTRAORDINARY things through you too!
View all posts by amygking →
This entry was posted in Christian Living, Giving God Glory, Uncategorized and tagged marriage advice, reactions, showing grace. Bookmark the permalink.